Pinnawala Elephant Orphanage
An orphanage, nursery and captive breeding ground for wild Asian elephants in Sri Lanka
Discover
Kandy Lake
One of the most visited travel destination
Explore
Kandy Esala Perahera
The Festival of the Tooth
Learn More
Previous
Next 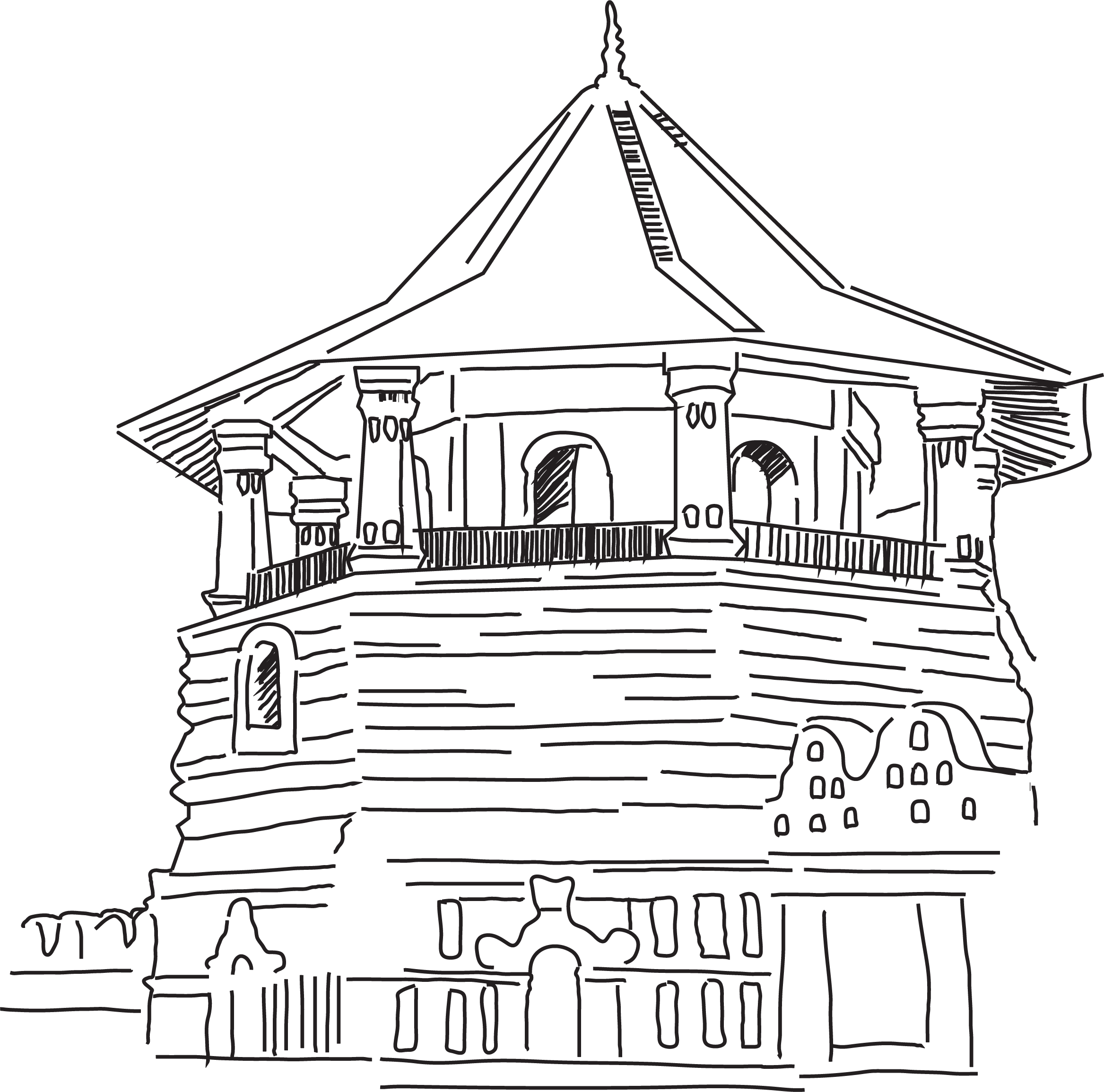 While the island’s white-sand beaches and world-class surf draw many visitors, the spiritual, picturesque section of the island’s hilly emerald center is home to tea plantations, foggy hills, and the iconic blue train carriages. Kandy, also known as the City of Kings, is the second largest city in Sri Lanka and the cultural and historic heart of the nation. From here, visitors may access the island’s hill region and take the world’s best train ride.

Today, such cultural preservation carries on in the city’s numerous notable cultural and historic landmarks, laying the basis for all the very finest things to do in Kandy. The most renowned of these relics is housed in the Temple of the Tooth, which is said to be a relic of Buddha’s actual tooth. But Kandy is also so much more than its number one attraction; it’s a city of delicious chaos, with its bustling streets, historic temples, colonial architecture, royal gardens and the gorgeous Kandy lake creating the background to a lovely few days amongst Sri Lanka’s lush green hills.

Spending a few days in Kandy is strongly recommended so that you may experience everything of the city has to offer.

Attractions in Kandy that you simply must visit 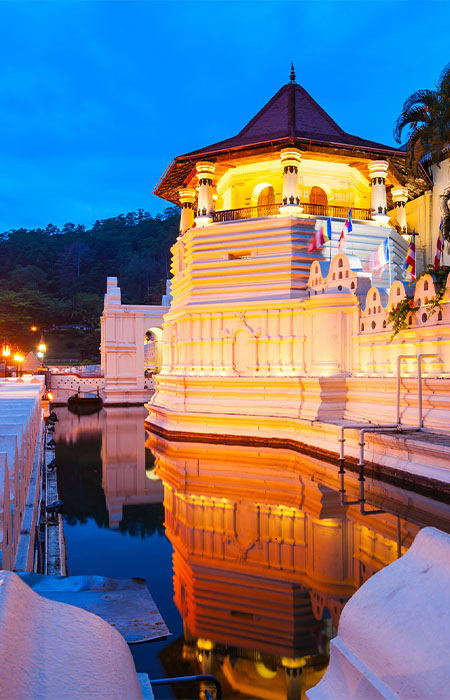 The Buddha’s tooth is kept at the golden-roofed Temple of the Sacred Tooth Relic, which is Sri Lanka’s holiest Buddhist site. 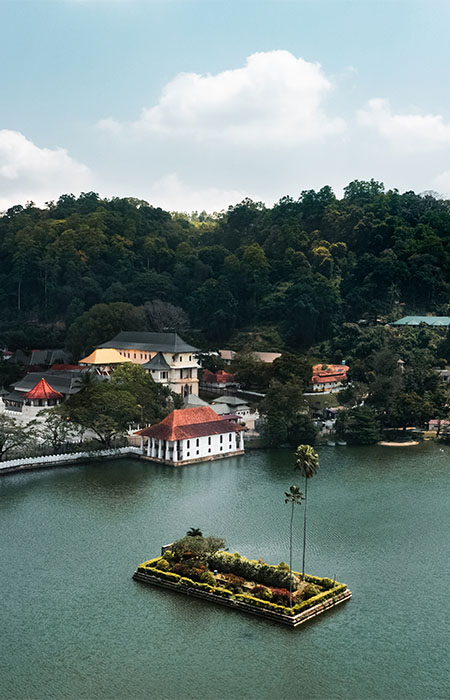 Kandy Lake is the prominent point of the city. Spending a few hours strolling around it and resting on the lakeside benches is a pleasurable way to spend the time. 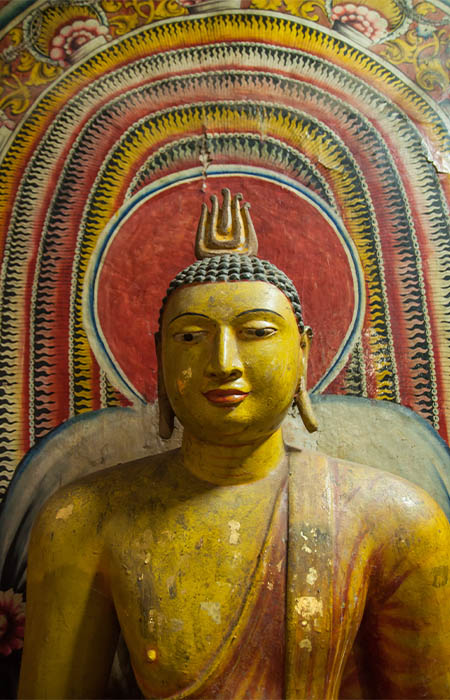 Degaldoruwa cave temple, located in Kandy’s lush environs, is rarely seen yet interesting. The cave’s inside is covered from ceiling to floor with fading but still fascinating artwork. 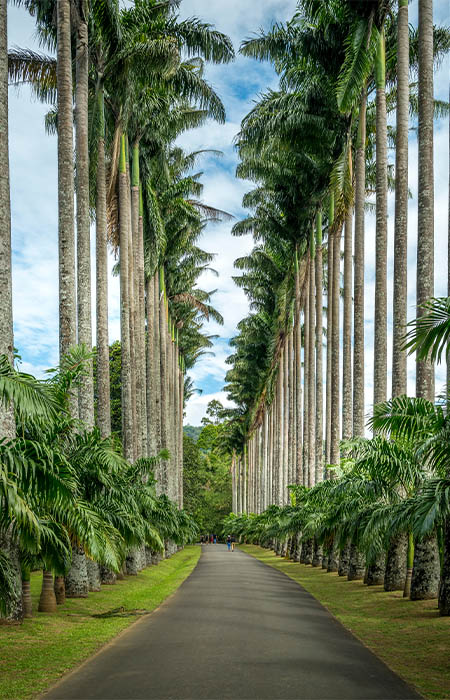 The magnificent Peradeniya Botanical Garden has been a part of the city’s landscape since its founding in 1371, which was formerly used for pleasure by a Kandyan queen. 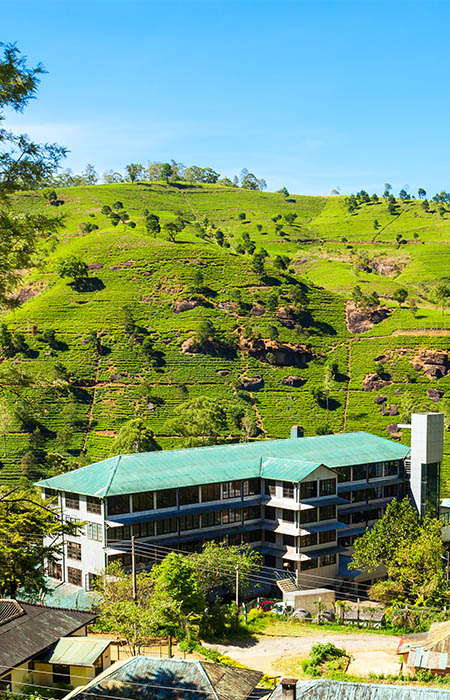 During the time it was colonized by the British, Sri Lanka was known as Ceylon. This name serves as a reminder of the country’s connection to the world-famous Ceylon tea. The Hantana Tea plant, which the Ceylon Tea Museum now occupies, was built in 1925.

Island of Kuredu
Kuredu Island Resort & Spa is a beach front property located in Kuredu in the Lhaviyani Atoll Region
On Sale !
From $915.00
4 Days 3 Nights

The city and region have been known by a variety of names and variations on those names. According to some academics, Kandy’s original name was Katubulu Nuwara, which was located near the current Watapuluwa. Senkadagala or Senkadagalapura, formally Senkadagala Siriwardhana Maha Nuwara (meaning ‘great city of Senkadagala of rising resplendence’), is the most common historical name. This name was derived from one of many probable sources, according to legend. The city was named after a brahmin named Senkanda who resided in a nearby cave, and another queen of Vikramabahu III was named Senkanda, as well as a colored stone called Senkadagala. Kandy has also been known by several other names. Kandy is an anglicised form of the Sinhala Kanda Uda Rata (meaning the land on the mountain) or Kanda Uda Pas Rata (the five counties/countries on the mountain), which emerged during the colonial era. The Portuguese abbreviated this to “Candea,” referring to both the kingdom and its capital. Kandy is known in Sinhala as Maha nuwara, which translates to “Great City” or “Capital,” however this is typically reduced to Nuwara.

Historical records suggest that Kandy was first established by the Vikramabahu III (1357–1374 AD), who was the monarch of the Kingdom of Gampola, north of the present city, and named Senkadagalapura at the time 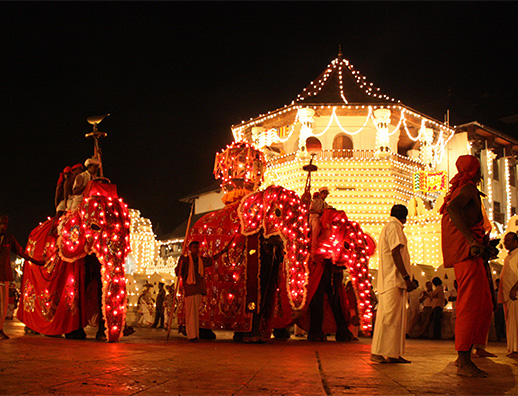 Sena Sammatha Wickramabahu (1473–1511) was the first king of the Kingdom of Kandy. He was a royal from the Kotte Royal Bloodline and ruled Kandy as a semi-independent kingdom under the Kingdom of Kotte, making it the new capital of the Kandyan Kingdom. Sena Sammatha Wickramabahu was followed by his son Jayaweera Astana (1511–1551) and then by Karaliyadde Bandara (1551–1581) who was succeeded by his daughter Dona Catherina of Kandy (1581–1581). Dona Catherina was succeeded by Rajasinha I. Rajasinha I, however, preferred to rule the hill country from the Kingdom of Sitawaka on the west of the island. A period of turmoil for power ended with the ascent to the throne by Konappu Bandara who came to be known as Vimaladharmasuriya I. Having embraced Buddhism, he consolidated his authority further by bringing the tooth relic of the Buddha to Kandy from a place called Delgamuwa.[3]

In 1592 Kandy became the capital city of the last remaining independent kingdom in the island after the coastal regions had been conquered by the Portuguese. Several invasions by the Portuguese were repelled, most notably in the campaign of Danture. After the Sinhalese–Portuguese War and the establishment of Dutch Ceylon, attempts by the Dutch to conquer the kingdom were repelled.

The kingdom tolerated a Dutch presence on the coast of Sri Lanka, although attacks were occasionally launched. The most ambitious offensive was undertaken in 1761, when King Kirti Sri Rajasinha attacked and overran most of the coast, leaving only the heavily fortified Negombo intact. When a Dutch retaliatory force returned to the island in 1763, Kirti Sri Rajasinha abandoned the coastline and withdrew into the interior. When the Dutch continued to the jungles the next year, they were constantly harassed by disease, heat, lack of provisions, and Kandyan sharpshooters, who hid in the jungle and inflicted heavy losses on the Dutch.

The Dutch launched a better-adapted force in January 1765, replacing their troops’ bayonets with machetes and using more practical uniforms and tactics suited to jungle warfare. The Dutch were initially successful in capturing the capital, which was deserted, and the Kandyans withdrew to the jungles once more, refusing to engage in open battle. However, the Dutch were again worn down by constant attrition. A peace treaty was signed in 1766. The Dutch remained in control of the coastal areas until 1796, when Great Britain took them over (while the Netherlands was under French control) due to the Kew letters during the Napoleonic wars. British possession of these areas was formalized with the treaty of Amiens in 1802. The next year the British also invaded Kandy in what became known as the First Kandyan War but were repulsed.

As the capital, Kandy had become home to the relic of the tooth of the Buddha which symbolizes a 4th-century tradition that used to be linked to the Sinhalese monarchy, since the protector of the relic was the ruler of the land. Thus the Royal Palace and the Temple of the Tooth were placed in close proximity to each other.

The last ruling dynasty of Kandy was the Nayaks. Kandy stayed independent until the early 19th century.

The Kandyan Convention signed between the British and the Kandyan Chiefs in 1815.
In the Second Kandyan War, the British launched an invasion that met no resistance and reached the city on 10 February 1815. The first time Sri Lanka fully fell into the hands of a foreign power was in Kandy with the signing of the Kandyan Convention in 1815 at the Sri Dalada Maligawa. The king, Vikrama Rajasinha of Kandy who was of South Indian ancestry faced powerful opposition from the Sinhalese chieftains and sought to reduce his power. A successful coup was organized by the Sinhalese chieftains in which they accepted the British crown as their new king. This ended over 2500 years of Sinhalese monarchs and the line of Kandyan monarchs and Rajasinha was taken as prisoner. By 2 March 1815 the island’s sovereignty was under that of the British Empire. A treaty known as the Kandyan Convention was signed between the British and the Radalas (Kandyan aristocrats). The treaty was not signed by the deposed King but by members of his court and other dignitaries of the Kandyan Kingdom. With this treaty, Kandy recognized George III as its King and became a British protectorate. The last king of the kingdom Sri Vikrama Rajasinha was captured and taken as a royal prisoner by the British to Vellore Fort in southern India along with all claimants to the throne. Some of the family members were also exiled to Tanjore (now known as Thanjavur, in Tamil Nadu). Their erstwhile living place is still referred to as “Kandy Raja Aranmanai” on the eastern part of Thanjavur town on Old Mariamman Koil Road.